Atmosphere – There is no denying that the atmosphere is massive part of this game. I originally had some worries that the games was going to be too much like Left4Dead, not that I dislike that game style but I’m not sure my nerves could handle that level of “readiness/edge of seat” in an MMO format and certainly not for dungeon runs.
To me it’s more like a blend of Resident Evil 1/Broken Sword
The music plays a big part and it’s designed to alter depending on the situation and the intensity of the action taking place, the music on the main game menu reminds me of the 28 Days later theme.

GameSpace – It wasn’t long ago that I was having a conversation with Dok about the poor use of game worlds in terms of quests,traveling and how phasing could make better use of the game environments avoiding the “Quest giver hub” and the “quest target areas”. I use rift as an example as the starting areas are huge yet you perform a handful of quests in an area never to return.
The non-standard quest givers and tiered quest system in The Secret World means you are frequently heading to new parts of the map, as well as looking at new areas in a new light.

Investigations – The game has quests that need you to use your head a little, logical clues makes for some good entertainment that not just your normal mmo gaming event, they may need you to break the clue down into more basic elements or Google a name to get help (sporting an in-game browser for that very reason). A good example was this evening when Dok and I tackled one of the main investigations in Kingsmouth, each step was tough but great fun. Lore-whoring FTW!

Quest Cool downs – Missions have 24 hour cool down that means if you group up with someone else who is working on a mission you have already completed, you can either grab it again or ask someone to share. This allows you to help them out but still get yourself a reward for doing so. This makes grouping so much easier for everyone.

Seven/Seven – The skills method have been already detailed before, and in the beta the upper levels were locked so I didn’t really get too much feeling for how these are going to work. That said Guild Wars player will already have the swapping build system in mind and focusing your powers into powerful combination is an art in itself.
I do expect Flavour of the Month builds to be common place, but with wider variations as players customise more to their play-style and grouping needs. 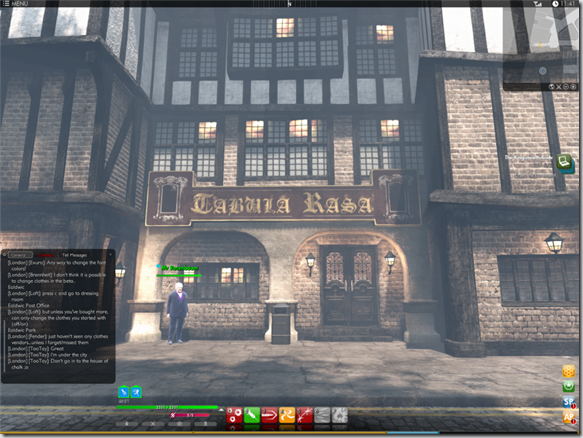